6 Reasons Why Kamala Harris’ Candidacy Benefits the Tamil Cause 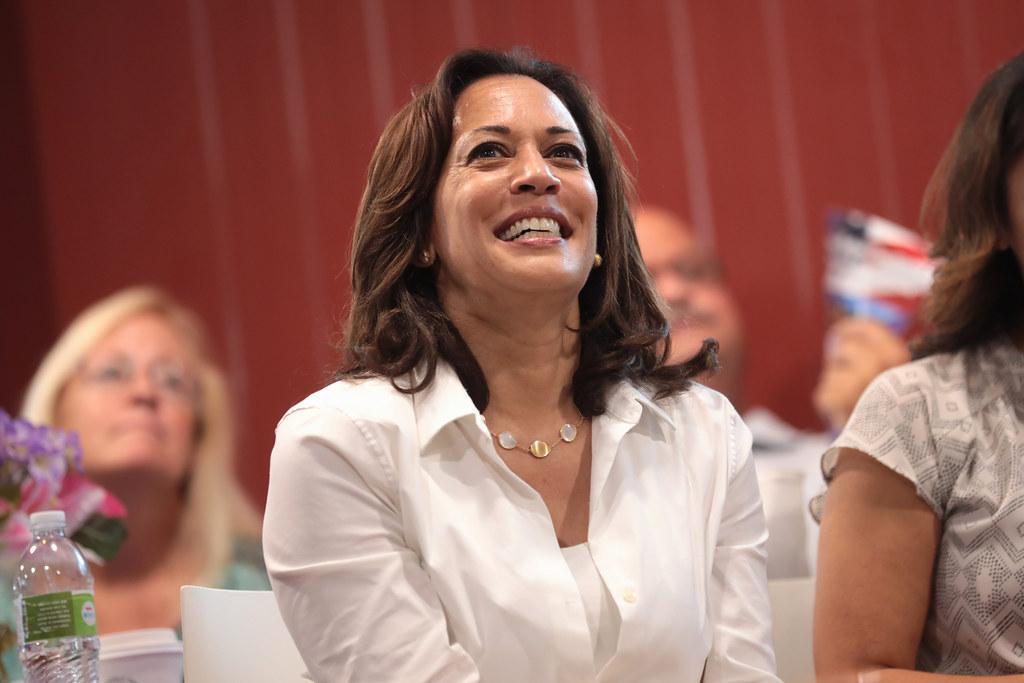 The Female Obama, Momala, The Chosen one who dare utter “Chithi” on national television – VP candidate Kamala Harris has been making quite the news these days. From her historical candidacy as the first Black woman to be on the Democratic party presidential ticket to her iconic Masala Dosa-making with Mindy Kaling, 2020 is definitely the year for Ms. Harris. But if she wins the VP slot, 2020 may also be the year for Tamils from Sri Lanka.

For years, Tamil Americans across the country have been advocating for government accountability and transitional justice measures that failed to happen during and after a brutal civil war in Sri Lanka that took place from 1983-2009. Fearing that the country may once again be vulnerable to a state of ethnic cleansing and civil unrest under the renewed administration of the Rajapaksas, Tamil activists in the States are pushing harder than ever for a political solution that could aid in alleviating the island’s unhealed wounds. It just so happens that the answer to our political prayers has descended upon us in the form of power pearls and pantsuits. Here are 6 reasons why Kamala Harris as Vice President would propel the visibility of the Tamil cause:

Prior to Kamala Harris’ name being uttered on every news channel across the States, I noticed that when I told my American coworkers I was Tamil- their fingers would inevitably clack away at a google search. Tamil? What? Is that like- Hindu? Sigh…

But when Biden announced his running mate in early August, Kamala Harris and her Mixed Black and Indian-Tamil heritage became the talk of the town. The publicity of her Tamilness acknowledged Tamils everywhere and made us radiantly smile at the word “Chithi” like we never have before. Now that the world knows who Tamils are, our advocacy can hopefully garner more visibility in the public eye in years to come.

Trump’s appointment of red majorities in various sectors of government made it hard to prioritize human rights in Capitol Hill. If the Biden-Kamala administration takes place, we’ll be seeing a lot more Democrat appointments which will hopefully lead to a more nurturing environment for human rights causes.

Sure she lost, but back in 2016- Hillary Clinton still set a powerful example. After her campaign, we saw a record-breaking number of women running for office.

If they win, Harris and her Chief of Staff will set an inspiring example of shining leadership for Tamils, women and immigrants across the country. The prospect of future Tamil-American politicians = the possibility of stronger future voices for the Tamil cause.

By supporting the chic Democratic nominee, Tamil Americans can align themselves with powerful, necessary, and extremely visible  movements like Black Lives Matter and other South Asian democratic causes. Statistically, Black people and South Asians generally sway Democrat. In addition to the necessity of these movements, Tamils are more likely to garner Black and Indian support for our cause if we’re on their side politically.  And right now, “their side politically” means Kamala Harris.

This reason is Yuuuuge!!! President Trump withdrew from the UNHRC which prevented the US from championing our efforts for justice in Sri Lanka. Sad, right? To make matters worse, Republicans in general do not support international justice mechanisms, which are required for Tamils to be getting the justice they deserve.

Trump, who is favorable to states’ rights, should have pushed constitutional reform allowing at minimum a federal form of government in Sri Lanka but ultimately showed no interest in this area. So once Kamala takes the place of Pence, we’ll have a person in the White House who will probably put international justice mechanisms back on the table and thus have a route to advance the Tamil cause further.

6. Knowledge of our struggle

Under President Obama’s administration in 2009, the brutal end to Sri Lanka’s civil war made headlines. Since then, violence in Sri Lanka, while still alarmingly present and active, has nonetheless taken a back seat in international news which has ultimately denoted the urgency of the situation on the island. But this urgency could be restored. Kamala’s appointment in the office could bring up an administration that’s knowledgeable and engaged on our issue, and thus more likely to do something about it. Because Biden himself was hopefully aware of what happened in 2009, we may have a president that’s already in the loop and understands the urgency of offsetting the island’s ominous future.